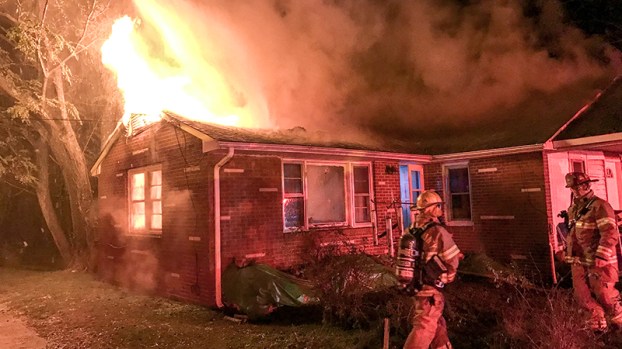 The York County Department of Fire and Life Safety responded to a structure fire in the Tabb area early Thursday morning. (submitted photo)

No injuries in early morning fire

The York County Department of Fire and Life Safety responded to a structure fire in the Tabb area early Thursday morning.

The department was dispatched just after 2:30 a.m. to the 1200 block of Yorktown Road, according to a department press release. The Langley Air Force Base Fire Department also responded.

Arriving units observed heavy fire conditions from the den area and through the roof of the residence. The occupant was already safely out of the structure, the press release stated.

Firefighters quickly brought the fire under control, and there were no civilian or firefighter injuries. However, significant fire damage occurred to the structure.

The American Red Cross is assisting the occupant. The cause of the fire is under investigation.

By Cathy Welch Correspondent “I like chickens! To me, they’re pets,” Maryland native Carol Bartram said. “Like a lot of... read more