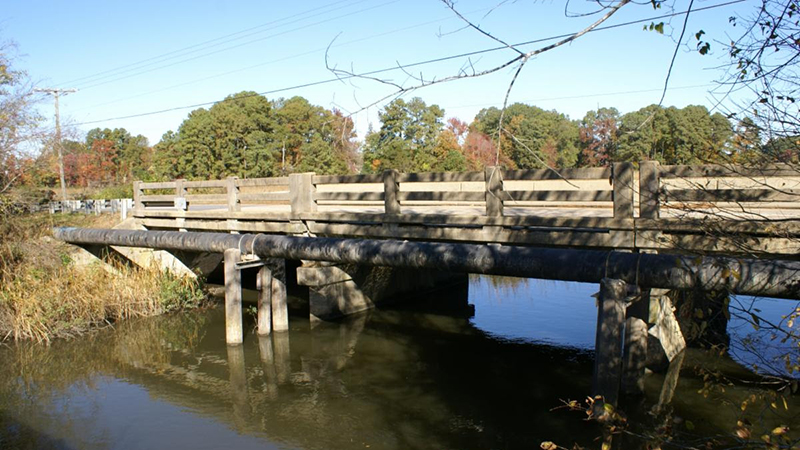 A project to replace the northbound bridge on Route 134 (Hampton Highway/Magruder Boulevard) over Brick Kiln Creek was scheduled to begin construction the week of Oct. 14.

Located at the border of York County and the city of Hampton, construction limits on Route 134 will span approximately 0.50 mile, between Tabb Smith Trail and the Route 172 (Commander Shepard Boulevard) intersection.

Allan Myers, Va Inc. was awarded the $4.5-million construction contract to replace the aging northbound bridge, originally built in 1930, with a new bridge that meets current design standards, including new bridge approaches and wider shoulders, according to a VDOT press release.

Estimated to be complete as early as spring 2021, the new northbound bridge will have two 12-foot travel lanes, with a 10-foot right shoulder and 6-foot left shoulder. Also included in the project scope, crews will be relocating and drilling a 20-inch water main line under Brick Kiln Creek.

Starting the week of Oct. 14, a long-term right lane closure was scheduled to begin southbound within the project limits on Route 134. During this initial closure, crews will be placing temporary pavement on the outside of the existing lanes to widen and accommodate a traffic shift during the long-term northbound bridge closure, estimated to close as early as spring 2020.

Once the temporary northbound bridge closure begins for demolition and reconstruction, northbound and southbound traffic will be shifted to a single lane in each direction on the southbound bridge. A long-term closure will also be in place on North Armistead Avenue at the Magruder Boulevard intersection during this traffic shift; however, access will be maintained for local businesses and residences.

Motorists will be advised of any additional lane closures or traffic shifts that may occur during the project. All construction work is dependent upon weather conditions.

To learn more about the project, visit www.virginiadot.org/projects/hamptonroads/rt134_bridge.asp