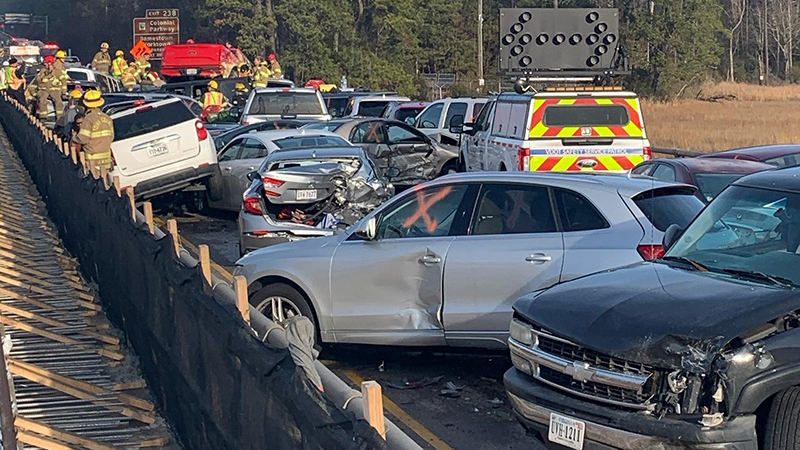 Holiday travelers on Interstate 64 through Yorktown on Dec. 22 were caught in a huge jam after pileups and crashes on both sides at the 239 mile marker closed the interstate down for many hours.

Eventually, the eastbound side had to be closed as well due to a string of accidents caused by rubberneckers, Anaya stated.

Despite early reports, as of the afternoon of Dec. 23, there are no reported fatalities from the crashes.