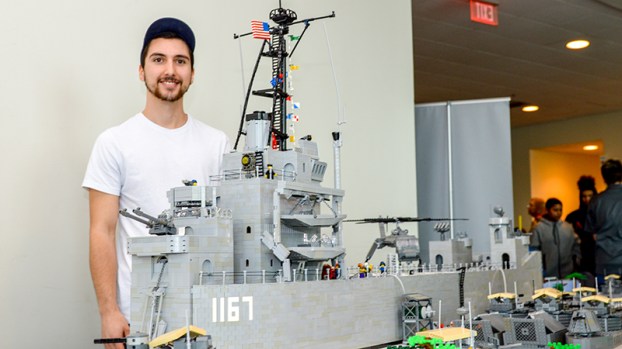 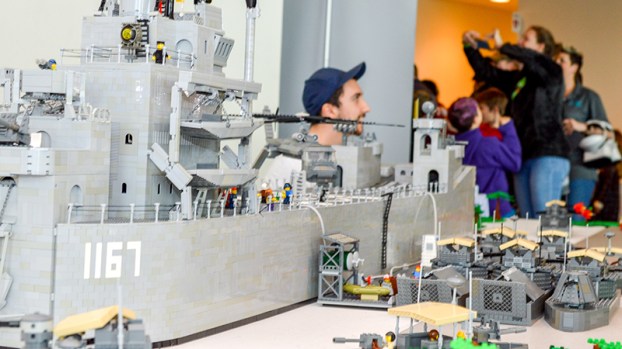 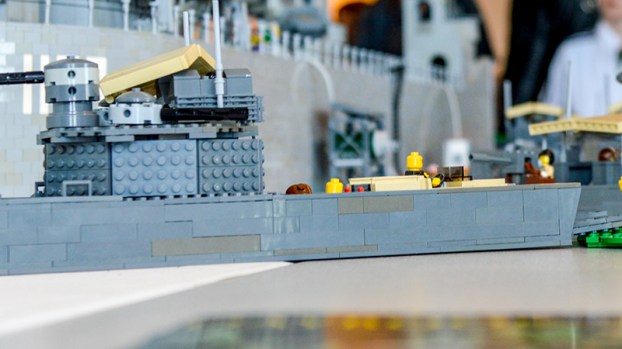 Warmer months bring scores of cruise ships to the Decker Half Moone Cruise Center in downtown Norfolk to take on and debark vacationers from near and far to the delight of many area attractions that showcase the best of Hampton Roads. During the Christmas season, as cruise ships migrate to warmer waters, the Center turns into a winter wonderland annually during the Dickens Christmas Town extravaganza that spreads holiday cheer to many.

Cheer and visitors from near and far were just the tip of the iceberg on Feb. 1, as both floors of the Decker Half Moone Cruise Center were invaded by scores of delighted families, with LEGO bricks as the main attraction.

The event, hosted by the Hampton Roads Naval Museum, returned for the ninth year with a crowd of more than 5,000 visitors to participate in the area’s largest single-day, free LEGO event. One of the highlights of the event was a huge LEGO diorama featuring the USS Westchester County built by Gloucester resident, Jett Starcher.

Starcher, 20, works as a furniture maker, and proved to be one big LEGO brick fan. He has been interested in LEGOs since he was 10, and this latest LEGO creation was spread out over several folding tables, to the delight of scores of visitors who admired the detail of his LEGO creation.

His diorama depicted the Wesco, as it was affectionately known by its crew, as a floating base of operations for the Mobile Riverine Force during the Vietnam War. Moored alongside the massive LEGO ship were smaller models, a UH-1 Huey gunship, and green base pieces to resemble a riverbank and foliage — all made entirely out of LEGOs.

For Starcher, creating huge LEGO models is “why I build these things, because I love inspiring the kids to see what they can do. Once you start something, you can do what your imagination wants to.” His imagination and beaming smile during the day was the culmination of more than two weeks of work and more than 20,000 LEGO bricks he used to construct the diorama.

“I wanted to do riverboats, and I know this was the mothership at one time. They asked me to do something Vietnam-inspired, and I loved how this looked,” Starcher said as he busily fielded questions from smiling guests of all ages. Starcher indicated that he intends to show his LEGO diorama for the next year at various events and has participated in this annual LEGO event for the past several years.

The real Westchester County, or Wesco as it was known by its crew, was on its fifth deployment to Vietnam serving as a base of operations for the Mobile Riverine Forces of Task Force 117 in 1968 in and around the My Tho River. It previously operated out of Hampton Roads.

While Starcher’s LEGO model is destined to be broken apart, the real Wesco was the target of Viet Cong sapper swimmers, who attached improvised limpet mines to its hull. On Nov. 1, 1968, the aging ship’s hull was ripped open, resulting in the deaths of 18 American sailors and five American soldiers, along with a Vietnamese Tiger Scout and a Vietnamese sailor who were aboard at the time. A further 27 were wounded.

The ship was repaired and returned to take part in Operation Market Time and End Sweep before it was decommissioned in 1973.