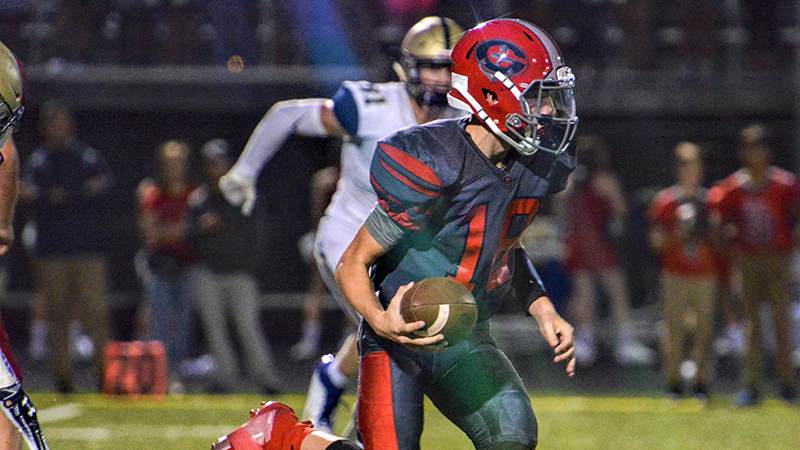 The Grafton High School Clippers are 1-3 through their first four games of the season and working hard toward a culture turnaround. (Thomas Matzke/Sunlake Sports)

The Grafton High School football team has a 1-3 record through its first four games, which featured some bad losses to some good teams. During the 2017 and 2018 seasons combined, Grafton won only one game. Cobbins took over back in July with one thing on his mind, and that was to change the culture of Grafton football.

“We are trying to change the culture here, and these guys have been working really hard,” Cobbins said. “Trusting each other is going to be key for us this year. Knowing that each guy has each other’s back. We want to make sure we are teaching the right things to these players and that they felt confident in themselves and what they are doing.”

One win through the first four games shows progress. All things considered, Cobbins feels good about where the team is at the moment. The Clippers have a young team, and week-to-week improvement has been the goal. That will continue to happen if the young Clippers team continues to show effort.

“Trusting in the process and understanding things aren’t going to happen overnight are some things we need to be aware,” Cobbins said. “We know if each day that we step on the practice field or for a game we know we are working hard to get better, that will do wonders for us going forward.”

The Clippers have only four seniors on the team this year. Cobbins is confident in his senior group, and he feels they have shown the desire since the beginning of the season to be the best they can be and set a good example for the younger players. Grafton has taken some tough losses already this year, but the approach doesn’t change week-to-week because of how young the players are.

There is no set formula for how to turn a program around. Any coach can do it his own way, but the most important thing is confidence. Cobbins is confident that constantly believing in his team will make good things happen for his group.