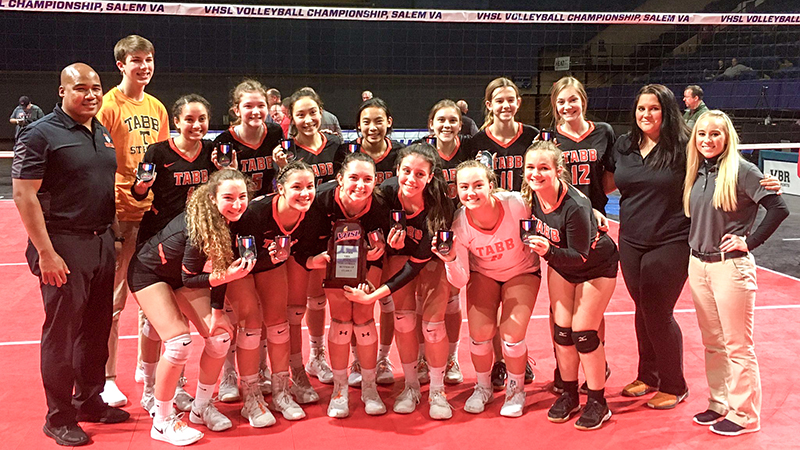 LBHS took the state championship in straight sets, thwarting dreams the Lady Tigers had of pulling an upset. Tabb started to put together some momentum in the end of the second set, but LBHS was able to hold them off.

“We had some communication errors in the beginning, but towards the end of the second set we started to get it together,” Tabb coach Maggie Kowalski said. “If we would have started out that way, the game probably would have been a bit different for us.”

Kowalski felt like Tabb did a good job of fighting its way back into games this season and not letting the low moments set them back. They played well during the regular season, picking up wins against good teams and pushing great teams. They felt like they were peaking at the right time as they headed into postseason play, which saw them earn their second consecutive state championship appearance.

“We had a great regular season run this year,” Kowalski said. “We beat teams that we normally struggle to keep up, winning against Poquoson and Jamestown. We took teams like Grafton to five sets, which really built up our momentum, which kept us going into post season.”

The Lady Tigers will lose its three senior team captains but will return some strong underclassmen. Tabb will look to make a third state title appearance next season.