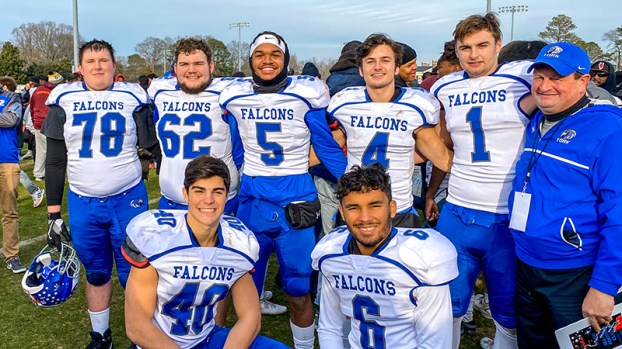 York High School had seven players compete in the 757 All-Star game as Team Peninsula got the win. The Falcons had Luke Gatz, Jayden Flood-Brown, Keiston Hutcherson, Brandon Tolbert, Matthew Reid, Tri Cartwright and Cole Chapin all competing on the Peninsula team. They are pictured with their coach, Doug Pereira said. 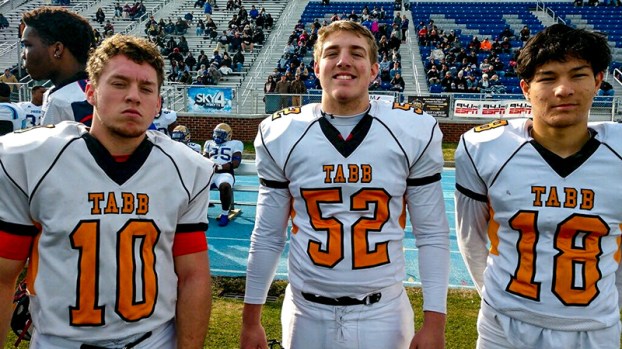 Seniors from York and Tabb got a chance to step back on the field one last time as they were a part of the annual 757 All-Star game, which features a matchup between senior talent from the Peninsula area and the Southside area.

York finished up a strong season this year in which they took home a Bay Rivers District crown and achieved things that had not been done in years. They earned a playoff berth as a top-three seed in the region. From there, York earned a playoff victory before falling to Phoebus at the end of the season.

The Falcons had Luke Gatz, Jayden Flood-Brown, Keiston Hutcherson, Brandon Tolbert, Matthew Reid, Tri Cartwright and Cole Chapin all competing on the Peninsula team, and the large representation of York players was a testament to just how impressive their season was.

“All these guys were key elements in our success,” York Coach Doug Pereira said. “It shows that our season was no fluke as some naysayers want to claim. We were 11-1 for a reason. This was a very special group of players.”

Tabb had three players play in the game as Joel Martin, Brandon Richards and Michael Hertz all represented the Tigers. The Tigers had a strong season in the midst of tragedy after a car accident took the lives of three Tabb students — Conner Guido, Logan Koontz and Naile Tairov. Tabb was able to earn a playoff berth in the talented Class 3A region.

Team Peninsula came out with a 14-7 win in the All-Star game that was held at Christopher Newport University. Overall, it was a strong season for the two teams that were able to see plenty of success and individual accolades, with some of these same players earning All-Region honors.