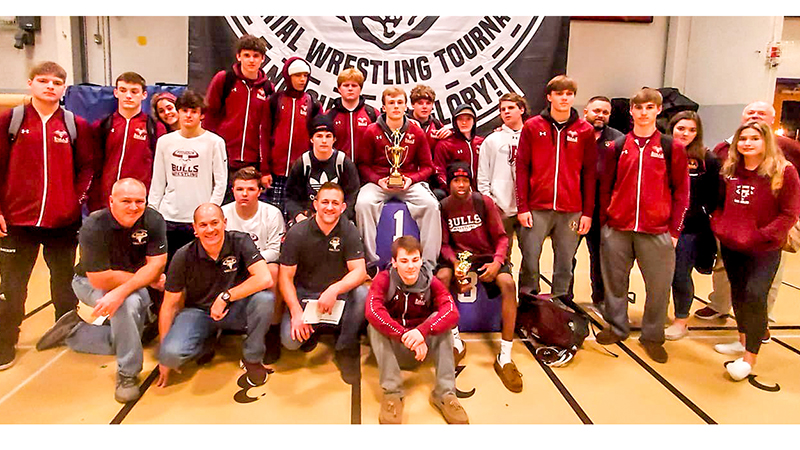 The Islanders once again returned to the mat this season as the cream of the crop in Class 2. They will look to add the school’s 11th team state title this season as they look to repeat. Poquoson has wrestled well to this point of the season and is looking forward to continuing to take that journey to another state title in the top half of 2020.

“We feel good about our current lineup,” PHS Coach Eric Decker said. “We are in a constant re-build phase. We have lost some very good wrestlers these past two seasons that are impossible to replace. Those coming into their second and third season on the team are really stepping up for us so far this season.”

Poquoson is known for its wrestling; however, Decker knows that it’s not always perfect all the time, despite how much the Islanders may win. The coaching staff has been together for eight seasons and has helped hold the team to the standard they are at right now. After a recent state championship season, they are hoping to keep wrestling with that standard even as they continue to rebuild.

The Islanders return talented wrestlers who are capable of repeating as individual state champions. Karon Smith and Cole McCormick return as state champions from last season. Decker believes he has a host of wrestlers who could also become state champions for the first time this season. Colton Barke, Trevor Wiggins, Joseph Chiappazzi and Jake Williams are all capable of bringing home state titles. Decker believes as they continue to prepare and continue to get better, good things could be in store for that group.

So far this season, Poquoson has had some top three finishes at tournaments such as the Norfolk Academy Classic and the Spartan Slam. The Islanders will have more difficult challenges in the week ahead with the schedule they have to start of the year; however, Decker hopes that helps the team in the long run when it comes to the month of February.

Wrestling against Bay River District foes also provide good competition and readies the Islanders for their postseason runs. As they look for their third title in a row, it will not be surprising if the Islanders are able to accomplish it.