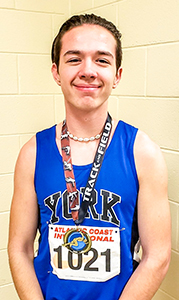 Grafton High School and York High School both competed in the Atlantic Invitational. Grafton took home the crown on the boys’ side of things, while the York boys had some standout performances on that side. Both Grafton and York had some strong finishes on the girls’ side, as well.